Skip to main content
The HR-Payroll system will be unavailable starting Fri., Dec. 9, at 5:00 PM due to Maintenance The system will be available again by Mon., Dec. 12, at 7:00 AM. View latest updates 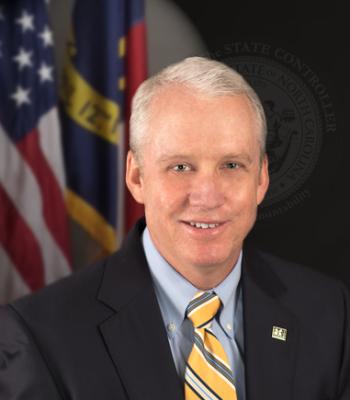 Starting July 1, 2022, Nels Roseland was appointed to serve as the seventh State Controller of North Carolina.  During his professional career he has established himself as an experienced executive leader in public finance, information technology management and organizational development.

Before joining OSC, Nels served as the Deputy State Budget Director for the Office of State Budget and Management (OSBM).  His primary duties included the monitoring of statewide revenues and expenditures and he assisted executive agencies with critical operational issues.  At OSBM, he also directly oversaw a portfolio of over $186 million in state disaster recovery programs and supervised a team that has helped over 1,200 homeowners and families get back into their homes or move on after Hurricanes, earthquakes and tropical storms.  This is entirely state funded work and is separate from FEMA or other federal disaster recovery programs.

Prior to OSBM, he served as CFO of the North Carolina Department of Justice, where he oversaw all aspects of accounting, budget, finance, and information technology functions of that state agency.

He is an active Member of the Board of Directors of the North Carolina Supplemental Retirement Board of Trustees.  This Board is responsible for managing over $16.3 billion in state and local public employee 401(k), 457, and 403(b) retirement funds. This board serves over 311,000 state and local government plan members.

From 1999 to 2007, Nels served as an elected member of the Cary Town Council.  He served as chief proponent of Cary ’s land acquisition program that preserved over 2,250 acres of pristine land and tripled the size of the Town's greenway network. During this term, the Town also implemented the most extensive road building program of any North Carolina city, without raising property taxes.

M.P.A., Masters in Public Administration, with concentration in public finance, with honors, from the Florida State University, Tallahassee, Florida.